Rolesville is known as a growing community that still has a small town charm. Beth and I discovered Rolesville in 1992 when we moved from North Raleigh. We were looking for a great place to live and raise a family. We found Rolesville to be that place. During that time, Rolesville’s slogan was “Small Town, Bright Future.”   Our town has become that “Bright Future.” We estimate today’s population to be about 8,500 citizens. Due to this growth, Rolesville is known as one of the fastest growing towns in North Carolina by percentage. There has been a 114.6% population increase since 2010. There are several reasons Rolesville is so attractive. One is the location. I refer to Rolesville as living on the edge of everything that you desire, but also having some breathing room by not being in the middle of an urban environment. As a small town, we enjoy the amenities that living near Raleigh and the Triangle has to offer.   We are 15 miles from downtown Raleigh and only minutes away from I-540.

Rolesville offers an opportunity for quality of life that most of us are looking for in a community. You will find Rolesville to be a strong faith-based community that embraces diversity and inclusion for all people. Furthermore, the town is ranked as the 6th Safest City in North Carolina by ©SafeWise 2018. With the great collaboration that takes place with our Public Safety groups: Rolesville Police, Rolesville Rural Fire Department, and Eastern Wake EMS, we are always striving to be the number one safest town.   If school choice is an interest to you, our community is served by Wake County Public School System (WCPSS). They are often recognized as among the top performing K-12 programs in the nation. In addition to the four WCPSS schools: Rolesville Elementary, Sanford Creek Elementary, Rolesville Middle, and Rolesville High, our town offers the choice of Rolesville Charter Academy and Thales Academy. There are more public and private schools potentially looking to locate here.

If you are looking for a great place to live, work, or start a new business, I hope you will consider Rolesville as your first choice. I would love to meet with you and talk about Rolesville and what we can offer. In lieu of office hours, I am available to meet when you are available. I am best reached by mobile phone (919) 793 4875. I hope to see you at one of our special events.   Our Parks and Recreation group strives to host events for all ages. Some of the most popular events are the 4th of July, Fall Fun Fest, Rec Day, and Movie Series. I hope to see you at one of these events in 2020. 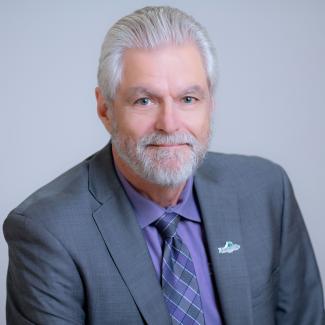